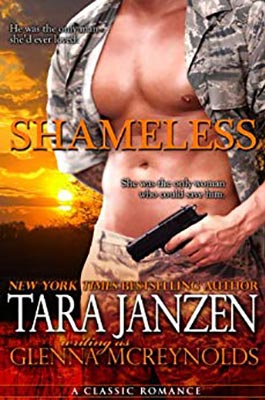 HE WAS THE ONLY MAN SHE’D EVER LOVED.

On a sizzling hot summer night filled with wanton longing and the passion of innocence, Sarah Brooks had given herself to the only boy she’d ever loved.  Afterwards, he’d left town without a word, taking her heart and her dreams.  Now, ten years later, her young cowboy lover has returned - a hard-bodied, dangerously beautiful U.S. Navy SEAL.

SHE WAS THE ONLY WOMAN WHO COULD SAVE HIM.

Colton Haines has met every challenge put in his path – except the deed of the long ago night that marked him, body and soul.  He’d never planned on coming back to Rock Creek, Wyoming.  And he sure as heck had never planned on a grown-up Sarah - or the hold she still has on his heart.  But with the pain of the past between them, can the ecstasy they find in each other’s arms heal the hurt and reunite them in the sweet promise of love?