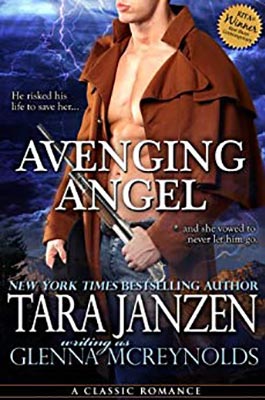 HE RISKED HIS LIFE TO SAVE HER...

Living undercover and on the edge, Dylan Jones has seen damn few things to give him hope - until he sees her, Johanna Lane. But when the beautiful lawyer lands in the middle of his investigation, she also lands at the top of a powerful man's hit list. Out of luck and out of time, Dylan only has one chance to save her, and he only has one plan - kidnap the beauty.

AND SHE VOWED TO NEVER LET HIM GO.

Frightened senseless, Johanna is shocked when she recognizes her captor, the bad boy bodyguard who had once worked for her powerful boss. She had been dangerously attracted to him, and now she is in his clutches and at his mercy. But with the night heating up and the hitmen closing in, passion will have to take a back seat to survival...or will it? With these two, the only safe bet is on scorching desire and endless love.